Home Evolving Standards of Care Determining the Most Effective Chemotherapy Regimen in Patients With Advanced KRAS-Mutated NSCLC: the NVALT22 study

Determining the Most Effective Chemotherapy Regimen in Patients With Advanced KRAS-Mutated NSCLC: the NVALT22 study

Study tests combination of taxanes with an angiogenesis inhibitor in search for better outcomes for patients with advanced KRAS-mutated NSCLC. 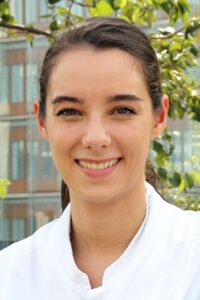 Mutations in the KRAS gene occur in approximately 25% to 30% of all lung adenocarcinomas, making it the most frequently mutated oncogene in NSCLC in Western countries.1 It was one of the first oncogene mutations to be identified, almost 40 years ago. Despite its early identification, progress in treating NSCLC patients with a KRAS mutation has been slow. For instance, the development of targeted therapies against KRAS or its downstream pathways has been relatively unsuccessful compared to targeted therapies against EGFR, ROS1, or translocated ALK.

However, in recent years the spotlight has turned back to KRAS with the development of the long-awaited G12C-specific inhibitors sotorasib and adagrasib. Sotorasib has recently been granted accelerated approval by the U.S. Food and Drug Administration for adult patients with KRAS G12C–mutated, locally advanced or metastatic NSCLC.2 In addition, the first drugs targeting G12D mutations are under development. For now, however, treatment options for most patients with advanced KRAS-mutated NSCLC remain limited to chemotherapy and immunotherapy.

KRAS mutations in NSCLC were previously deemed a negative prognostic and negative predictive marker for response to chemotherapy. Although more recent data have indicated this might not be the case, it has not yet been determined which of the available chemotherapy regimens is most effective in this patient population.3 Additionally, the response rates of the KRAS G12C-specific inhibitors suggest that they may not be effective enough to play a major role as monotherapy in the first-line setting. Determining the most effective chemotherapy regimen would therefore be of interest as a potential backbone in combination strategies with these inhibitors. Several efforts have been made to retrospectively determine which of the currently available chemotherapy regimens is most effective in patients with a KRAS mutation. In a previous Dutch retrospective multicenter analysis by Mellema and colleagues4 in patients with advanced KRAS-mutated NSCLC treated in the first line with platinum-based chemotherapy, outcome was improved with taxane-based combinations compared to other regimens. Treatment with bevacizumab in addition to taxanes gave the best overall response.

Based on these results, the NVALT22 study (NCT02743923) was initiated to investigate whether the combination of taxanes with an angiogenesis inhibitor could indeed lead to better outcomes. This hypothesis was further supported by literature that implicated the RAS/RAF/MEK/ERK-signaling pathway in the upregulation of VEGF expression and angiogenesis.5,6 This suggests that angiogenesis inhibitors, like bevacizumab, could elicit better responses in patients with KRAS-mutated NSCLC.

The manuscript of the NVALT22 study is in preparation and the first results—the investigator-based PFS—were presented at the ESMO Congress 2021.7 In short, the results of the investigator-based PFS analysis were underwhelming. The survival curves of the two treatment arms overlapped for the entire cohort. Currently, subgroup analyses for KRAS mutation and previous immunotherapy are underway, as well as the analysis of the secondary endpoints and the response evaluation by central independent review. We will also start our exploratory translational research analysis in the near future.

To conclude, the NVALT22 study was not able to confirm the previous hypothesis of superiority of taxane and bevacizumab treatment in advanced KRAS-mutated NSCLC over “standard” cisplatin and pemetrexed. In clinical practice, therefore, the decision between the two regimens will likely be determined by expected toxicity profiles of each regimen and the preferences of physician and patient. From previous literature, it is clear that KRAS-mutated NSCLC is a very heterogeneous entity, with some tumors harboring a more aggressive phenotype than others.

Despite the negative outcome of this study, we expect that the clinical data we have obtained, as well as our translational research, will nonetheless further our understanding of the heterogeneous clinical behavior of KRAS-mutated NSCLC and provide guidance for better selection of patients for specific therapeutic strategies.

Anne-Marie C. Dingemans, MD, PhD, is a pulmonologist and professor of Pulmonary Medicine at Erasmus Medical Center, Rotterdam, the Netherlands.